No doubt that at one time or another, we’ve all wished that we had a crystal ball handy so that we could see the events of the future. And some homeowners are trying to do just that with their home values. Some experts are saying that growth is the name of the game, at least for this year. But how accurate are these real estate soothsayers, really?

Placing Home Values Under The Microscope

If homeowners are skeptical about believing that just one facet of the home values arena is the accurate one, there’s always price-to-income to consider.

Price-to-income is a more accurate way to predict just how much consumers will be able to afford a home in the future. This ratio is a comparison of an area’s median household income to the median price of homes in that same area.

When the housing market was booming, the historical price-to-income ratio skyrocketed from 2.6 to 4.0. But when the market hit its May 2007 peak, the price-to-income ratio plummeted with home values. However, the ratio never sank to a low 2.6 average. Instead, it has begun its ascent as the result of the higher-than-normal rates at which home values have been appreciating.

But why are home values growing in appreciation, when price-to-income dictates they should be doing the opposite? Homes are selling for more than their listing price due to inventory shortages.

With some homeowners not able to sell, there are fewer homes on the market. But this has not slowed investor activity; in fact, there are more investors than ever who are taking advantage of these lower home values.

Those homes which are lower on the sale scale are being converted into rental properties. And the fact that mortgage rates are at record lows only serves to boost investor buying power.

And these mortgage rates are also greatly benefiting consumers for whom homeownership is more affordable than ever before.

What Will Affect Growth

If December 2012’s home listing prices are any indication, a 5.1 percent increase was observed across the country. These numbers were published as part of a report put out by Trulia, a leading real estate data and listings company. The report covered one hundred major markets in metro areas.

Along with the higher listing prices, a 4.3 percent decrease was noted with asking prices in the markets covered by the report, with only twelve of the markets having posted price changes in the positive range.

A chief economist at Trulia has pointed to the job market has more strength. More jobs mean more of the ability for would-be homeowners to make a higher down payment. Another factor affecting the demand for homes that the improved job market will create is an increase in construction.

Also, there’s the fact that ‘echo boomers’ – the children of baby boomers – are entering their household formation peak with more members than their parents did: five million more, to be exact.  This will also help to keep the demand for housing strong for at least another decade.

According to many experts, the housing bubble burst has taught many a lesson. As such, it’s being predicted that another housing bubble is unlikely to happen, due to the credit flow having been restricted, and banks raising their standards for lending.

On the federal side, steps have been taken to eliminate reckless lending. However, this doesn’t guarantee that no bubble will form. Housing market ‘boom and bust’ is just the nature of the beast. So, too, is the appreciation of home value.

As someone once said, “When she was good, she was very, very good. But when she was bad, she was horrid.” The same is definitely true for home values.

A homeowner may only see their home rise in value one or two points above inflation when times are good but then may experience wild price swings when the market is wobbly.

Although many homeowners may place high importance on the value of their home, experts say that what matters is the ‘now’: as long as homebuyer truly enjoys living in their home and purchased it for that reason, disappointment in home values may be more likely to take a back seat.

What Will Your Home Be Like In The Year 2050 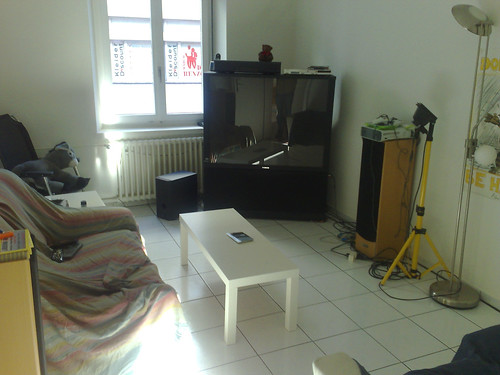 While technology has changed much of what we do though, what it hasn’t changed all that much, is our home. While there have been definite innovations in the home thanks to modern technology and gadgets, most living rooms still look pretty much the same now as they did fifty years ago… only with a bigger TV screen.

But with technology moving at an ever-increasing pace, and with it becoming so much more ingrained into every aspect of our lives, this now looks very much set to change. Here we will speculate as to what your home might look like in another 37 years… 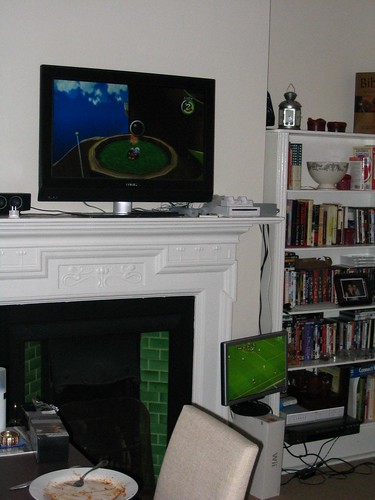 The predominant technological feature of most living rooms is undoubtedly the television, but if there’s one thing that is changing these days, it’s the number of screens that we are used to using at once.

As such, it should come as no surprise if the living room of the future has multiple screens, all integrated more seamlessly into the room. You might find that a whole wall can become a TV screen for instance – and ‘tabletop computers’ (built directly into our coffee tables) are already a reality (running on Microsoft’s impressive Pixelsense operating system).

It’s also possible to imagine that a window could become a screen too – or that it could at least allow for augmented-reality data to be ‘overlayed’. Imagine looking out your window and seeing the weather and temperature, being able to change the view, or even having the option to zoom in on wildlife.

The TV itself could also become somewhat obsolete – with more and more people streaming their favorite programs on-demand, there’s no need for everyone to gather around a single screen to watch a program. This could, of course, change the way we interact with each other too though, as we become more likely to ‘do our own thing’ despite being in a shared space. 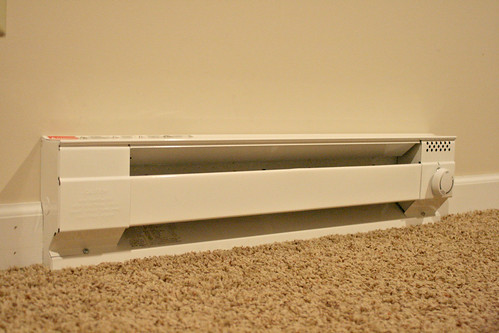 One of the most reliable ways to predict the future is to look at current trends and then simply extend them. A lot of new features for the home seem to focus around home automation, and so it’s likely that this will continue to the point where the finer details of the home can be controlled by simply making a hand gesture or spoken command. You could turn up the heating for instance by pointing up – or simply by letting your home measure your body temperature.

Likewise, homes will likely be self-cleaning. Self-cleaning toilets already exist but imagine windows that clean themselves periodically or kitchen worktops that remove crumbs and dust. Or better yet – imagine materials that don’t get dirty in the first place.

The ‘internet of things’ is a buzz word that describes how everything might one day be connected to the web. This is possible as chips become smaller and cheaper to mass-produce, while the cloud allows the ‘outsourcing’ of power-hungry tasks.

As such, we could see a world in which your house waters your plants for you when the soil gets dry and orders more salt for you when the pot starts to look empty… Our homes will be automated, integrated and intelligent. 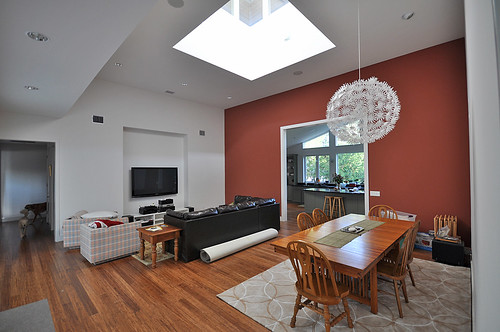 Most importantly, the home of the future will be far more energy-efficient and even self-sustaining. You will not only be able to keep all of your heat in your property thanks to better windows and doors, but you will also be able to much more effectively harness energy from the environment and probably even your own movement – imagine pressure pads in your carpet that your home can use to capture energy.

Of course, these are just predictions, and it may transpire that many of them turn out to be wrong. Often a new technology comes along every few decades that no-one could have predicted, and that could well dictate the direction that the future takes instead.

What’s certain though, is that our homes are going to get smarter, more convenient and more efficient. Are you ready for the future?

The economy of the entire world was affected by the mortgage market of America. Instead of fixing it, the US government has blown certain deadlines for proposal. There are many myths associated with housing loans.

The biggest myth related to the housing market is that any significant reform can kill the entire market. Any major change in housing finance would slam the housing market. The reality, however, is that by removing the government subsidy, there is going to be an increase in the interest rates, which would further knock down the home prices.

Another myth associated with the American loan market is it is sufficiently big to be handled by the private sector alone. The loan market of America is huge, with a turnover of 10.6 trillion dollars, but it could be in problem, as an entirely private sector loan turns out to be more expensive. As a result, millions of homeowners could be in the danger of foreclosure.

The next myth linked to the mortgage market is the investors or lenders would stop purchasing the loan bonds, which are not guaranteed by the government. People believe that it reduces the volatility, and would save them from the time-consuming analysis.

However, the reality is there are many reputed and financially sound investors, who are interested in good investments. The rate of interest on the loans offered by such lenders would be a little higher, but the security deposit would be a bit smaller. However, whatever existed before the market went into crisis was unsustainable.

It is true that is hard to get the present standard American mortgage to a relatively lower interest rate, which is fixed for 30 years, and, which could be refinanced without any extra cost.

Yet, the high rates of homeownership in other parts of the world prove that this structure is not essential to enable individuals to purchase homes. A longer transition period will allow the customers to get used to relatively less generous financing.

Another common myth is the Government supports promoting homeownership. However, this is not the case at all. Studies have revealed that the American house owners pay significantly higher loan rates than most of the other developed countries of the world. This simply means that if you wish to own a home, subsidizing loans is not the solution for it.