When someone is accused of a crime and a trial is set to take place, the accused will usually have a bond set. The defendant must then pay the bond to be able to leave jail and go home until the trial is set. In most average cases, bail is usually set at $10,000 or higher.

For high profile cases, bail has been known to reach $1 million or more. there are many famous cases in which bail reached astronomical amounts. it seems as though the threat of flight was rampant in the following cases and the judge in the case set the bail to unbelievable amounts. 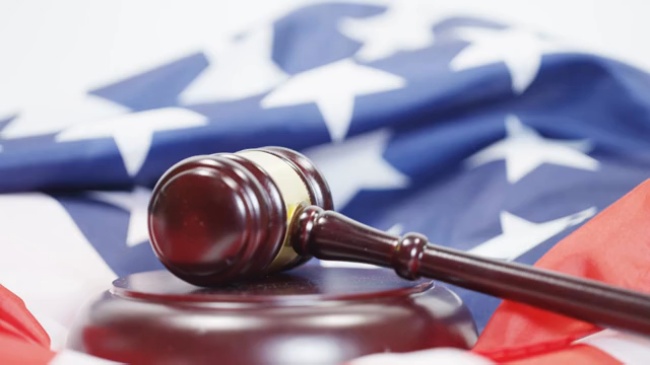 $250 million is such a large amount of money it would make most people slap their mama. This amount is the exact number that American business magnate Michael Milken was asked to pay as his bail out of jail. Milken was indicted back in 1989 as part of the largest investigation to take place on Wall Street.

Milken was indicted on 98 counts of racketeering and securities fraud and was found to be involved after an investigation into insider trading. Milken ended up serving less than two years in prison for a ten-year sentence.

Meinl is a billionaire of Britain who was suspected of participating in secretive share buybacks that we linked to his European Land Company. Meinl was arrested in 2009 and had bail set at $133 million. $133 million is over $100 million less than Milken’s bail but still such a large amount of money is unfathomable.

If $250 million and $133 million is an amazing bail amount, how about $100 million? Still a massive amount of money and what would one do to be subject to a $100 million set bond? How about selling all-terrain vehicles without a smog certificate? That is exactly what Kening Ma of southern California did and his bail was set at $100 million.

Kening wasn’t alone in his quest to see ATVs. Kening worked alongside his wife, who was his business partner. Kening’s wife got off a little bit easier with only $75 million, I mean, who doesn’t have $75 million to post?

We all know who Bernie Madoff is or at least have heard the name. Madoff was a major name in the news a few years ago after it was found that he was involved in a $50 billion Ponzi scheme. Madoff had his bail set at $10 million, a far cry from $100 million, but still a large amount of cash!

Bernard Ebbers is the former CEO of WorldCom and another member of the $10 million bail club. Ebbers was charged with conspiracy, filing a false statement with the SEC and securities fraud for his part of the WorldCom inflation of assets in 2005.

The company inflated its assets by $11 billion to cover the fact that the business was failing. Ebbers is now spending time in an institution in Louisiana and was sentenced to 25 years in jail.

$10 million seems to be a common price for setting bail and Dennis Kozlowski is another member of the special club. Kozlowski was accused of stealing $600 million from Tyco and faced charges of grand larceny and enterprise corruption. Sentenced in 2005, Kozlowski could stay up to 24 years in jail.

Teaming up for the $10 million bail club is Jeff Skilling and Andrew Fastow. Both Skilling and Fastow are former Enron executives and both were charged with several crimes including fraud and conspiracy, as part of the failing energy company.

Fastow decided to plead guilty and sell out Skilling and Ken lay. Fastow was sentenced to six years in 2006 while Skilling was sentenced to 24 years. The bond may have been the same but Fastow used his head and testified against others to lessen his jail time.

Bail Bonds: Even Celebrities Pay To Stay Out of Jail

Bail bonds are a great way to get yourself or your loved one out of jail when something goes wrong. Sometimes it is a misunderstanding or something that was unforeseen that lands you in the county jail. It could be something that you did not even do but you were in the wrong place at the wrong time.

That is where a great company like Newport Beach Bail Bonds comes in. They can help you to avoid a night in jail while you await your turn to tell the truth about what really happened.

Why use a bail bond

The bail bonds can help you to get out of jail without tying up the money you have in your pocket. This is a way for you to basically get out of jail free while the company puts up the bail for you. When you have to handle a court case you need your immediate money for a lawyer to help defend yourself against the charges. Using a bail bond will help you to do just that.

What is a bail bond

There are several types of bail bonds offered by companies. They can be federal bonds, cash bonds, property bonds, or even bonds that deal with immigration. Depending on what you or your friend/relative has to offer up for the bond will depend on what type you get.

Also, it will depend on what type of bond insurance the company has as to what type of bonds they allow. The different types will help you get out of jail so you can start building your defense and getting a good lawyer to help.

You may think that only everyday people would have to use these types of bonds but that is not true. Think about all the celebrity cases you hear about each day. Lindsay Lohan, Charlie Sheen, and others are in the spotlight for getting into trouble.

Bail bonds help them get out just like they do you. Celebrities have to use these different types of bonds often because they may have their money tied up in other places. They also may have lost their money and honestly do not have the funds to get out. Either way, they are just like you and need to use these bonds to help them gain their freedom again.

Rules of the bond

When a bond is given it is stating that the person signing your bond guarantees that you will appear in court for your date. If you do not they lose their home, car, money or whatever else they may have put up for the bond. It is very important that you trust who you are putting up a bond for. It can lead to a huge loss if you do not.

Read also: Is It Necessary For You To Make A Will?

Warren is the senior mortgage loan officer who has worked in mortgages and loan industry since 1995. He study in Harvard and major in Finance with a Bsc. Honor Degree. He possesses a Paralegal Certificate as well.

link to Top Ten Money Mistakes That You Can Make

With the recession showing little signs of recovery, it’s not uncommon for people to be wondering where the hell their income is going every week. Even the least frugal among us are starting to ask...

Continue Reading
link to Should You Refinance Your Mortgage?

You shouldn’t refinance your mortgage at a lower interest rate before considering all of your options. When it comes to refinancing your mortgage it’s all about the right timing, especially since...

We are a young team of dynamic and vibrant people who are willing to assist and share with our readers of innovative information and ideas regarding mortgages, house purchasing, insurance, real estate, refinancing housing as well as all sort of information related to business and finance.